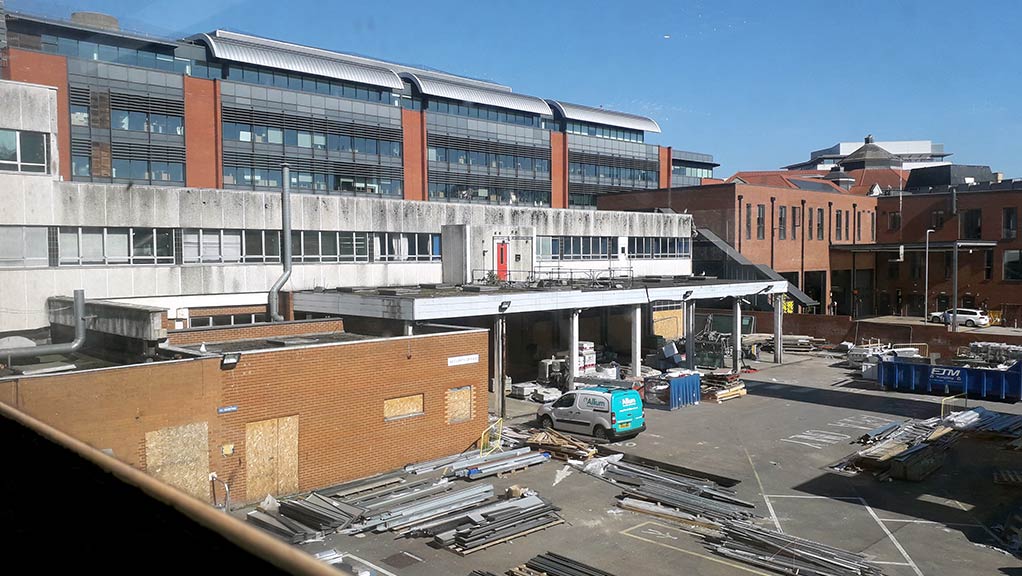 Prior to demolishing a building, built before the year 2000, there is a legal requirement to undertake an asbestos demolition survey. This survey is used to locate and describe, as far as reasonably practicable, all ACM’s in areas where demolition works are due to take place. This type of survey will be incredibly intrusive and will involve destructive inspection. Clients asking for this survey should not expect the building to be fit for reoccupation after the survey has been undertaken.

In April 2019 Allium were asked by Bruton LLP to carry out a demolition survey at the Avon Fire and Rescue building in Temple Back, Bristol, prior to the main building demolition and filling-in of the basement.

The structure was a 1960’s three storey brick build which also featured a 5 storey tower used for firefighting practice.

We supplied two surveyors on site for a week, ensuring that all areas due for demolition were inspected. Making sure that all areas are accessed is vital, as demolition contractors will not be able to commence their works until they have the assurance that no asbestos is present. Demolition surveys can pose particular problems with access as ALL areas have to be looked at. If any areas are marked as non-access in our report, then these will need to be reviewed at a later date with alternative access equipment etc. prior to commencing demolition.

We took samples from all areas, as requested in the scope of works provided by the client. In the end, 115 samples were taken in total from the building, 87 of which contained asbestos. The samples were all analysed by our in-house bulk analysts in our UKAS accredited laboratory within our head office in Truro, Cornwall.

The report that we issued upon completion of the survey was issued in accordance with HSG264 and our UKAS accreditation.

We were pleased to be able to assist with such an interesting and technically complex project in the centre of Bristol.