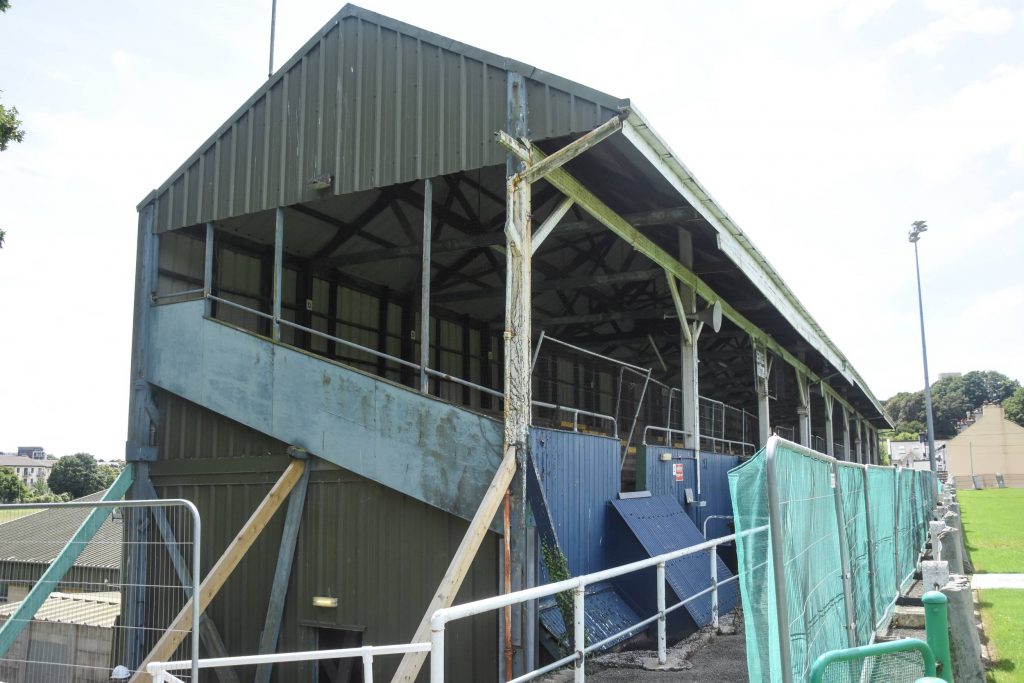 We were requested to carry out an asbestos survey and lead paint survey of the grandstand which is 109 years old. It is always sad when a building with history such as the grandstand is being taken down.

In April 1924 the American Olympic team arrived in the U.K by sea, they landed in Plymouth and remained here a while to warm-up prior to the Olympic games in Paris. They were already Olympic champions having won in the previous games in 1920 in Antwerp.

Before leaving for London and a couple of other warm-up games, they played the club at The Rectory before a crowd of 6,000.

Only fourteen years after the Falklands war the Combined Services played Argentina at the ground.

In February 2004 the fire officer from the Dockyard put the stand out of use because it was considered a fire hazard.

The scope of work consisted of undertaking an asbestos and lead paint survey of the entire grandstand and adjacent buildings.

The areas were inspected physically, to determine the presence of any oil paints in accordance with in-house documented procedures based upon current HSE guidance.

A total of approximately 21 samples were taken with 15 proving to be positive in various areas throughout the grandstand.

In addition to the lead paint survey, we also carried out an asbestos survey to discover the presence of asbestos within any of the materials throughout the grandstand.

Below the grandstand, suspect material was found to be present throughout and used as fire protection on the steel work. Fortunately for the client this proved not to be the case, with only a small amount of non- licensed asbestos being present.